Non-delegable duties: Do they apply to prison healthcare?

Non-delegable duties: Do they apply to prison healthcare?

Ever since the landmark decision in Woodland, Claimant groups have sought to expand the remit of non-delegable duties of care and/or vicarious liability in order to pursue a single or perhaps a more "attractive" entity (due to solvency and/or insurance arrangements).

Mr Razumas was involved in a cyclical routine of offending and detention throughout the period of January 2011 to January 2013. Through various identified healthcare failings, his treatment for a soft tissue sarcoma to his left calf was delayed, resulting in the only treatment option being an above-knee amputation. The opportunity for less invasive treatment was lost due to the delay. Mr Razumas went on to develop a metastatic lesion which may also have been avoided and should a further lesion develop, his chance of survival will now be very slim.

Having first approached various healthcare providers for the prisons he was detained in, Mr Razumas decided to pursue the Ministry of Justice alone, alleging both a direct duty of care (an operational duty) and a non-delegable duty of care relating to the provision of healthcare.

It was held that the Ministry of Justice did owe Mr Razumas a direct duty of care, albeit the duty was more limited than he had contended and was limited to matters arising out of custody; including access to, but not the delivery of, healthcare.

The Claimant argued that the Ministry of Justice owed him a non-delegable duty of care at common law because the five criteria set out by Lord Sumption in Woodland were established:

ii. There was a pre-existing relationship between the parties which placed the Claimant in the custody or care of the Defendant, such as gave rise to a positive duty to protect the Claimant from harm. He was in the charge and under the control of the Ministry of Justice.

iii. The Claimant has no control over how the Defendant performed its obligations. He surrendered complete control over his healthcare and his involvement in his access to secondary care to the Ministry of Justice.

iv. The Defendant delegated to a third party some function which was an integral part of that positive duty. The various functions that failed were integral to the positive duties owed by the Ministry of Justice.

v. The third party was negligent in his performance of the function delegated to him by the Defendant.

The focus of the Court's Judgment was on criteria iii and iv. The Ministry of Justice's duty was linked to matters of custody which did include access to healthcare but did not extend as far as the treatment itself. The Ministry of Justice had no statutory or common law duty to provide healthcare which was the responsibility of the PCTs and its subcontractors from at least 2003.

As the provision of healthcare was not a function of the duty owed by the Ministry of Justice, criteria iii was not established, it had no control over how medical treatment was delivered. The Ministry of Justice had also not outsourced healthcare, rather the NHS had outsourced its function to the relevant subcontractors and therefore criteria iv was also not established.

GB v Home Office (a case concerning immigration detention centres) was distinguished as the relevant statutory framework placed an obligation on the Ministry of Justice to ensure that each immigration detention centre had a medical practitioner in place. In GB, healthcare was a clear function of the Ministry of Justice's duty to patients and was therefore within its control.

The Claimant attempted to argue that a non-delegable duty should apply simply because it was fair, just and reasonable, but this also failed. Here, the Court preferred the rigor of the Woodland criteria to the softer policy-driven focus of "fair just and reasonable".

The root of the alleged non-delegable duty must be taken into consideration before it can be established. In Razumas there was a clear statutory framework showing that the positive duty to provide healthcare to prisoners passed from the Ministry of Justice to the NHS by 2006 at the latest. The statutory duty retained by the Ministry of Justice did not include the function which the Claimant argued it did, and therefore the Woodland criteria were not met, and there was no non-delegable duty of care.

Claimants are likely to continue to approach healthcare providers who are contracted to provide prison healthcare in the event of any alleged negligence. As the Ministry of Justice does not have a non-delegable duty of care it is important that healthcare providers ensure they have robust measures in place to ensure that follow-up appointments are communicated to patients who are imprisoned, or in frequent contact with the prison system (as Mr Razumas was). 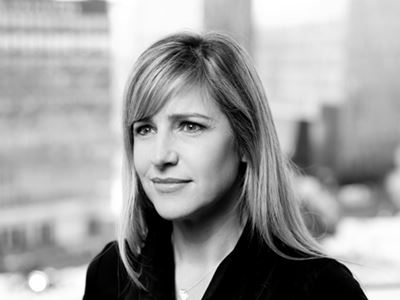