Improving the NHS with the Getting It Right First Time programme

Improving the NHS with the Getting It Right First Time programme

The Getting It Right First Time programme is designed to reduce unwarranted variation in the NHS. It is now starting to roll out across different specialities.

Professor Tim Briggs is NHS Improvement’s National Director of Clinical Quality and Efficiency, and the Chair of the Getting It Right First Time (GIRFT) programme.

GIRFT is a partnership between the Royal National Orthopaedic Hospital (RNOH) and the Operational Productivity Directorate of NHS Improvement, which has grown from an initial pilot, examining more than 30 medical specialities.

“What makes this programme different is that it’s essentially a peer-to-peer review,” explains Professor Tim Briggs. “Clinicians are going out to NHS trusts, showing what they need to do and highlighting areas of good practice in a non-confrontational way.

“It’s been a fascinating exercise. And uniquely, it has buy-in from the clinicians, the specialist bodies, arms-length organisations like NHS England and the CQC, and politicians.”

The programme investigates different specialities across the NHS, with the aim of reducing complications, stamping out variation, improving productivity and driving up standards of care.

Crucially, as Briggs says, each speciality review is headed by a clinician or clinicians who are acknowledged experts in their fields, not by management or systems specialists.

“When we appointed them, we did so with the membership colleges and societies, so we secured clinical leads with reputation and respect among their colleagues,” Briggs comments.

However, the teams carrying out the reviews meet with the senior management team as well as clinicians. When their report comes back, it is the job of both the clinical and medical directors to drive the changes that need to happen to meet its recommendations.

Led by Briggs, the pilot launched in 2013 after the publication of the GIRFT report in elective orthopaedics in 2012.

It looked at Briggs’ own speciality of orthopaedic surgery. It reviewed the total pathway of adult elective orthopaedics and spinal activity in 120 trusts, and identified a surprising amount of variation in practice and outcomes. These included long-term deep infection rates for hip and knee replacements (which varied between 0.2 per cent and 5 per cent); returns to theatre due to complications (between 0 and 7 per cent); and a similar variation in the prices paid for hip and knee implants.

Briggs admits he was surprised, but has some ideas as to why this variation may have come about, with some applying across the different specialities: “I think that if you go back before 2010, the whole drive of the health service was about targets and getting waiting times down.

“Nobody had looked at the quality of what was being delivered. And a lot of these datasets we now use, like the National Joint Registry, were in their infancy.”

Other variations are specific to his own specialism. “Over 75 per cent of the surgeons doing complex knee replacements were carrying out ten or fewer procedures a year.

“The approach to surgical training used to be that a surgeon was trained to do all procedures. We now know that if you concentrate areas of expertise, with more specialisation of the complex work, your outcomes are better. It’s also the best use of bed days and resources.”

Making changes in the NHS

Briggs says he “had no pushback” when presenting the findings to trusts. “I think it was the first time they’d been shown data in comparison with other hospitals, and I don’t think they’d realised what was happening around the country. Once people settle down and discuss it, the solutions become obvious.”

He is now revisiting those trusts and, he says, finding distinct improvements.

GIRFT estimates savings of around £50m in total since the first review.

There’s also been a culture shift. “People have started to understand that we need to do things in a different way. We are now seeing networks develop, with surgeons talking to each other in different trusts, working in collaboration rather than competition,” says Briggs.

He also flags up the significant variations in litigation costs.

“Litigation cases were not discussed with clinicians but it’s imperative that clinicians meet regularly to discuss them, learn from them, and work towards reducing them in the future.

“We are now working with professionals in the field to produce best practice documents, and learn how trusts can reduce the incidence of litigation in the future.”

Briggs adds: “I think people realise that we have to reduce litigation, which is rising year on year, and the more we spend on it, the risk is that we will have less money to give to frontline care for patients.

“But the NHS has to get things right. That is why speciality datasets, and clinicians talking to each other about good practice, are vital.”
Litigation costs have already reduced significantly. For instance, orthopaedic litigation costs were reduced by five per cent in 2014/2015, the first year since the review, and by eight per cent the following year.

For example, it estimates that standardizing consultant-led surgical triage and ambulatory emergency surgical systems would drastically reduce the number of unnecessary admissions, with a knock-on effect on costs.

Four more reports, covering vascular surgery, then spinal surgery, urology, and neurosurgery, are expected by the end of this year.

With the appointment of the second tranche of clinical leads in February, the full range of specialities now extends to mental health and dentistry. (Interestingly, ‘medical negligence’ was in the first group so that report should be expected before too long.)

Accordingly, each NHS trust now designates a GIRFT champion – typically a member of the directorate – who sits at board level, and works with the clinical directors of each speciality to make sure the recommendations are taken up.

“That champion is the person who makes sure things happen when we visit, and whom the GIRFT implementation team works with to ensure the changes are made,” says Briggs.

The GIRFT approach has also been adopted by other bodies. “I’ve been really pleased with the take-up of the GIRFT methodology among clinicians – and also in specialism societies and colleges,” Briggs concludes.

“My hope is that it helps to provide high-quality effective care that stamps out unwanted variation; and that it makes a significant difference to improving patient care.”

To discuss the issues raised in this article, please contact Heather Durston-Hillyer on +44 (0)1962 705513 or hdhillyer@dacbeachcroft.com. 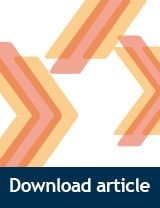 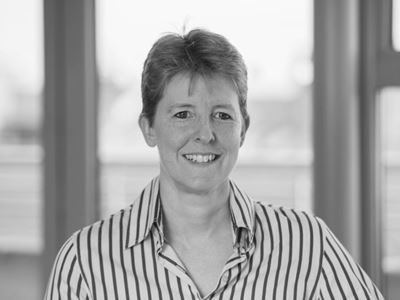 The latest version of our Health Adviser magazine is now available online.