Patient safety is at the heart of regulation of health services and England’s main quality regulator the Care Quality Commission (CQC) wants to introduce changes that will ensure it gets even higher attention.

A recent CQC consultation on a new approach to regulation is proposing having improved systems for gathering intelligence in order to adopt a more targeted approach to inspections – carrying out more regular but smaller, less comprehensive inspections.

The changes are designed to ease the burden on providers, but whether this will work in terms of boosting patient safety and improving the quality of care is still unclear.

Concerns are already emerging over the CQC’s proposals on how often it will inspect providers’ core services. DAC Beachcroft’s official response to the consultation highlights that: “The proposal that every year there should be an inspection of 'well led', plus whatever number of core services are up for re-inspection in any given year, on top of the proposals for more regular evidence-gathering between inspections, have the potential to be even more onerous on providers than the current 'comprehensive inspection' regime and to make providers feel in an almost perpetual state of being inspected.”

Yet a consultation on ways to improve regulation is timely, given the recent The state of care in NHS acute hospitals: 2014 to 2016 report from the CQC – the first round up of inspections carried out at all acute trusts in England since the CQQ began its latest inspection programme in 2013.

The report, published in March, revealed that 81% of non-specialist trusts in England needed to improve patient safety at their organisations.

Such a finding may have added resolve at the CQC to play its part in enhancing patient safety by improving the regulatory approach.

Under its proposals, the regulator wants:

Under the new approach, a provider will still be asked key questions on whether it and its services are safe, effective, caring, responsive and well-led.

The regulator’s proposed new provider information request (PIR) will not be as detailed as the current one, to reduce the reporting requirements for trusts.

The proposal is that the CQC’s regular scheduled inspections will include at least one core service – assessed against all five key questions – and will always include an assessment of whether a trust is ‘well-led’ approximately every year.

Consequently, the CQC will only carry out comprehensive inspections (where it inspects all core services) for newly registered providers or where it has significant concerns.

The regulator’s plans intend that overall trust ratings will be reviewed/updated following its annual ‘well-led’ and core service inspection.

The CQC is proposing to introduce its new approach for NHS trusts in 2017 and roll it out over two years to allow for evaluation before having it fully embedded by 2019.

Part of the new approach will involve replacing the former Intelligent Monitoring system used to something called CQC Insight, which will use a wider range of data sources, such as qualitative information from people who use services, relationship management, national partners and the new style provider information request.

This approach could lead to skewed overall trust ratings, which would be more influenced by the weaker areas of the service, warns Corinne Slingo, head of healthcare regulatory at DAC Beachcroft. “There are a few flaws in the proposals. One of the problems is that if you are doing really well and you are not going to be inspected for a few more years, there may be a risk of compliance drift, more so than the organisation that knows it is going to be inspected more regularly in the shorter term,” she adds.

“You also don’t get a chance to change. You need to have time to embed real change on safety, particularly if it’s cultural and/or leadership change. Neither will be convincingly and effectively embedded within a 12-month window.”

Giles Peel, head of governance advisory practice at DAC Beachcroft, says the CQC has not yet attempted to realistically match a rating to the team being inspected, which could help.

“If we are going to go to a five-year approach [in healthcare], the caveat should be that we go to some form of approved persons regime whereby we know who the good operators are and where they are operating.

“My view is that you work up a team, you qualify a senior clinical and management leadership team and then that qualification lasts as long as the team lasts, and when the composition substantially changes, that ought to trigger the need for a re-inspection. The new well-led regime goes some way towards this, but remains a corporate body analysis rather than testing the strength of the leadership team as a cohort.” 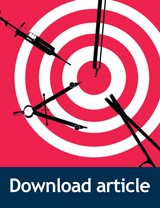