The recent decision of (1) The Governors and Company of the Bank of Ireland, (2) Bank of Ireland (UK) plc -v- Watts Group plc [2017] EWHC 1667 (TCC) should make welcome reading for property professionals and those insuring them on a number of fronts.

Yet again, the court has emphasised the importance of the fee charged by the criticised professional (both in terms of influencing the extent of the duty owed and setting the parameters of fair expert evidence). In addition, the court did not hesitate to conclude that the bank had, in large part, been the master of its own downfall.

The underlying factual background and legal arguments are too lengthy to consider in detail here - instead we have focused on the principles, but these make fascinating reading all the same. In brief, Derwent Vale York Ltd ("DVY"), a developer, sought funding of £1.4m from the bank to develop one of York's finest central Victorian buildings. DVY was a special purpose vehicle created by Modus Ventures, one of the bank's key customers.

The proposed development involved the retention of the existing single storey shell, off which four additional storeys were to be constructed to create 11 apartments. Watts, the defendant quantity surveyors, were retained by the bank in January 2008 to consider the costings submitted by DVY, and to approve facility drawdowns as the works progressed. The bank, having already provided a £210,000 purchase loan, committed to provide the £1.4m build-out facility.

However, three months prior to practical completion, DVY went into liquidation and the works ceased. Following the appointment of receivers the bank's principal security, the property, sold for £527,000. This left the bank with a loss of £754,413.

The bank brought a claim alleging that, but for Watts' negligent Initial Appraisal Report ("IAR"), it would not have permitted drawdown of the development loan and, therefore, would not have suffered any loss. Watts denied it was negligent and maintained that the real cause of the loss was the bank's negligent decision to lend.

The court ultimately rejected the main allegations of negligence/breach of contract against Watts. In particular, it found that:

In reaching the conclusions in respect of 2.1 to 2.3 above the court had particular regard to the modest fee scale charged by Watts, which led His Honour Mr Justice Coulson to comment; "I regard the size of the fee as good evidence of the limited nature of the service which Watts were expected to provide".

The court made it quite plain that what was required was no more than an independent overview from an expert quantity surveyor and not a completely new cost calculation as contended by the Bank. In this regard the court noted that Watts were not "expected to do their own detailed calculations of cost, time or cash flow, but...instead to check the calculations and proposals..." of DVY.

This conclusion was undoubtedly assisted by the court's complete rejection of the evidence provided by the expert retained by the bank. However, the severity of that criticism should set alarm bells ringing for all who forget that an expert's primary duty is to the court and no one else.

It was in this context that the original fee charged by Watts reared its head once again.

In contrast to that £1,500 fee, the bank's expert had incurred £24,000 in fees seeking to criticise Watts, and the court, noting that this - together with the bank's solicitors associated costs in the report's commissioning - was 30 times Watts' fee, said that such was "a clear indication that the criticisms...are based on an entirely unrealistic expectation...". For that reason the court found that the bank's expert exhibited a complete lack of realism.

As for attribution of risk, the court was also highly critical of the decision to lend. Here His Honour Mr Justice Coulson, noted that the issue was not about general lending practices in 2007, but rather BOI's failure to follow its own lending policies and guidelines. In summary he concluded that:

Two further minor points merit brief mention. First, on the issue of reliance the court accepted (as a presumption absent evidence to the contrary) that as the bank paid for professional assistance it would have placed some degree of reliance on the same. Second, on the issue of loss, that what Watts provided clearly fell within the territory of 'information' and not 'advice' in line with the recent decision of the Supreme Court in BPE Solicitors -v- Hughes-Holland [2017].

The result was that if Watts had been found negligent, causation would have been established, but it would not have been responsible for the whole financial consequences of the transaction, merely only those resulting from any information being wrong (the so-called SAAMCO cap). However, as the court made very clear, the bank had not shown that any loss it had identified was recoverable from Watts, and the overwhelming cause was the "botched consideration of the loan application and the fundamentally flawed decision to lend to the borrower".

It seems clear that the court took against the bank's expert and regarded him, by reference to the sheer volume of cases on which he had acted on its behalf, as lacking independence.

But the important message to take from this case, is how the level of the original fee and the nature of the original instructions can influence and limit the scope of the professional's duty of care. Equally important is that, having regard to that scope, experts retained to assist the court should ensure, in so far as is reasonably possible, that their opinions are on a like for like basis (some, in our experience, are infrequently the case).

Finally, the case should provide renewed optimism for professionals seeking to minimise their potential exposure wherever it can be demonstrated that a lender has departed from its own lending criteria without justifiable reason to do so. Our experience shows that lenders frequently choose to accept risk for commercial reasons, and this case provides a welcome reminder that when that occurs the adverse consequences should not easily be visited on a former professional advisor. 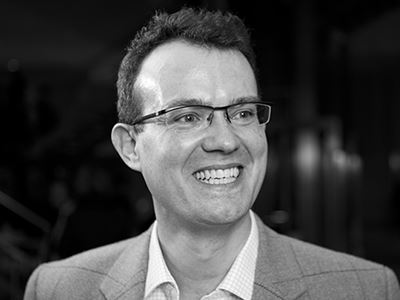 Not quite as glitzy as The Strip, but the setting for a recent High Court case which casts real doubt on the prudence of relying on unverified comparable evidence provided by fellow professionals as…

Can a company in liquidation take part in an Adjudication?

Adjudicator’s decision unenforceable based on a breach of natural justice

The slip rule – how far does it go?

Real Estate Tip of the Week - Will Brexit Affect Construction?

Beware of the back firing (hired) gun