Building the Northern Powerhouse - lessons from the Rhine-Ruhr and Randstad

The idea at the heart of the Northern Powerhouse is to increase the scale of the North of England, better linking cities together through transport improvements to create one single economy. This approach has been inspired by the Randstad and the Rhine-Ruhr, two areas on the continent that, like the North of England, have a number of cities located close together.

Both the Randstad and Rhine-Ruhr perform better than their respective national averages. But this success does not appear to be based on the strength of their transport links. Our research shows that commuting between city regions in the Randstad and Rhine-Ruhr is not significantly greater than across city regions in the North, nor are train links much quicker. There is no clear policy lesson for the Northern Powerhouse from the proximity of or the linkages between the cities in the two areas - they just happen to be close together.

Instead, the main lesson from these areas is that strong regional economies require strongly performing cities at their heart. This is because the benefits of a large economy are only achieved when combined with the concentration of economic activity in specific places, specifically cities. And this concentration particularly benefits more knowledge-based businesses, which not only tend to employ more highly skilled and better paid workers, but also create jobs in other sectors, such as retail and leisure. The Randstad and Rhine-Ruhr get more out of the economic activity they have by concentrating it in cities, and this pattern of economic activity makes both areas more productive than their respective national economies.

Like the Randstad and Rhine-Ruhr, the economy of the North of England is concentrated in its cities – northern cities account for 20 per cent of land in the North, but 70 per cent of jobs. But in contrast to the Randstad and Rhine-Ruhr, northern cities punch well below their weight in terms of their contribution to the national economy. It is this underperformance that primarily explains the underperformance of the North as a whole, rather than the weakness of intercity transport links.

This suggests that to improve the performance of the North, policy makers should use limited resources to prioritise supporting the growth of cities in the North. This will mean making decisions and choices that focus public investment in specific places rather than spreading it equally across the North of England.

To do this, policy needs to make the most of the two great advantages of cities – their ability to support the sharing of information and generation of new ideas, and their ability to give businesses access to many skilled workers. This will require them to do the following:

There is a case for improving transport between cities in the North – connections between many northern cities are both slower and less frequent than a number of connections both cities of the Randstad and Rhine-Ruhr and between London and its neighbours. Research, including by Centre for Cities, suggests there would be benefits from improving intercity transport links, particularly between Manchester and Leeds. But the allure of a grand projet should not divert attention from improving the places it is designed to link, particularly when it comes to transport within the city regions and skills across the North. The Northern Powerhouse and devolution deals offer an opportunity to do this and ensure that the North improves its productivity in the coming decades, rather than underperforming as it has in previous ones. 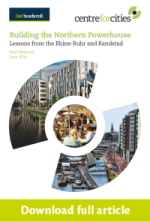 Paul Swinney is Principal Economist at Centre for Cities
p.swinney@centreforcities.org / 020 7803 4305

About Centre for Cities

Centre for Cities is a research and policy institute, dedicated to improving the economic success of UK cities.

They are a charity that works with cities, business and Whitehall to develop and implement policy that supports the performance of urban economies. They do this through impartial research and knowledge exchange. 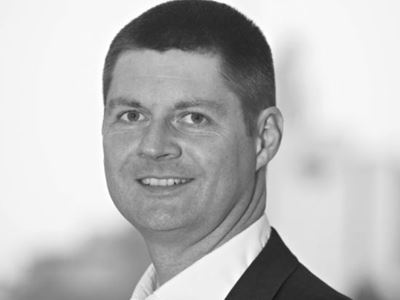