Witness statements: A waste of time and money? - DAC Beachcroft

Witness statements: A waste of time and money?

In Gestmin v. Credit Suisse ([2013] EWHC 3560 (Comm)), Leggatt J called into question the value of witness evidence in civil litigation when he suggested that judges should "place little if any reliance at all on witnesses’ recollections…and…base factual findings on inferences drawn from the documentary evidence and known or probable facts.”

While Gestmin primarily concerned the date for assessing loss in a negligent advice claim, the judge made a number of observations regarding the reliability of witness evidence in general, noting that "it is important to avoid the fallacy of supposing that, because a witness has confidence in his or her recollection and is honest, evidence based on that recollection provides any reliable guide to the truth."

The judge cited scientific research to the effect that witness evidence is fundamentally unreliable because "memories are fluid and malleable, being constantly rewritten whenever they are retrieved." He was particularly troubled by the common practice of showing witnesses statements of case and contemporaneous documents to 'refresh' their memory, and the often protracted process, driven by one side's lawyers, of documenting their evidence.

The integrity of a witness' recollection is said to be further jeopardized by "powerful biases" inherent in the litigation process. Other leading judges have echoed Leggatt J's concerns including Mrs Justice Gloster, whose judgment in what was at the time the largest lawsuit in British history records the Court's scepticism "as to whether the lengthy witness statements reflected more the industrious work product of the lawyers, than the actual evidence of the witnesses." (Berezovsky v Abramovich [2012] EWHC 2463 (Comm))

Since their introduction just 30 years ago, written statements have become an increasingly important part of civil litigation with many litigants going to considerable effort – and cost – to generate comprehensive and sometimes argumentative statements on the assumption they could determine the outcome. This has prompted increasing judicial concern regarding the length and content of statements, and the associated impact on judicial resources. In a climate of growing judicial hostility towards witness evidence, should litigants now pare back the resources devoted to it?

The civil litigation process in general is of course the subject of on-going review, including by Briggs LJ, and it remains to be seen whether this might affect the role of witness evidence. In the meantime, the courts are likely to continue to attach real value to it where cases turn on the reliability (or absence) of contemporaneous documents (as in Synclair v. E.Lancs Hospitals NHS Trust) or general concepts or behaviours as opposed to particular conversations or events. Leggatt J notes in this regard that their value rests "largely...in the opportunity which cross-examination affords to subject the documentary record to critical scrutiny and to gauge the personality, motivations and working practices of a witness."

The courts have the power to impose limitations around witness evidence although this is rarely exercised in practice. Whether further, more formal restrictions and/or penalties will be imposed remains to be seen. As Jackson LJ recognised in his review, at least where substantial and factually complex claims are concerned, written statements are an important facet of our 'cards on the table' system and perhaps the most efficient means of marshalling factual evidence (oral evidence in chief rarely being a practical alternative in such cases). That they will remain vulnerable to the influence of the lawyers involved in their preparation is perhaps an unavoidable cost of this approach, mitigated at least to some extent by cross-examination, case management and perhaps sanctions for the incorrigible.

A party's approach to witness evidence may depend on claim value and their wider strategy. With many cases settling before trial, parties will frequently view the cost associated with preparing substantial statements as a worthwhile investment in cases where they might serve to adjust the expectations of the other side, and/or relevant third parties (such as mediators) ahead of any settlement negotiations. Advisers should however heed the increasingly voluble feedback emanating from the judiciary as to what works, and what does not, from a judicial perspective. 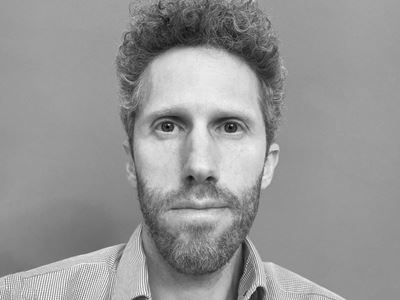 Private prosecution for Conspiracy to Defraud results in conviction and 8 year sentence: the case for Private Prosecutions