Claims for care: What happens when the claimant is already injured? - DAC Beachcroft

Claims for care: What happens when the claimant is already injured?

In a medical malpractice claim, the Court is often faced with a claimant who, prior to any negligent medical treatment, will have needed a degree of care in any event. The approach taken by the Court of Appeal in Reaney v University Hospitals of North Staffordshire NHS Trust (2015) now provides definitive guidance on how to value a claim where the condition of an already-injured claimant has been made worse by subsequent negligent treatment.

In 2008, Mrs Reaney, now 68 was admitted to North Staffordshire Royal Infirmary where she was diagnosed as suffering from transverse myelitis. She failed to recover and became paralysed below mid thoracic level, classified as T7 paraplegic. It was common ground that this was not caused by negligence.

During an extended period of time in hospital, she developed pressure sores with consequent osteomyelitis, hip dislocation, contractures of her lower limbs and increased lower limb spasticity such that she was unable to use a wheelchair independently.

The Court also found that the additional complications meant that two carers should now be available to reposition her following spasms and to prevent skin breakdown; 2 waking carers until suitable accommodation could be found and thereafter one sleeping and one waking carer.

Despite the fact that the Claimant required a significant amount of care and treatment in any event, the Claimant argued for damages to cover the costs of all of her care, accommodation and other needs. Indeed, the Claimant was successful in this argument – and received a total award of £2.89 million.

The first instance judge Foskett J saw the case as reflecting the principle that a Defendant must "take his victim as he finds him" and if that involved making the victim's current condition worse, then the Defendant must make full compensation for that worsened condition.

Understandably, the Defendants appealed that decision. They argued that the Judge should only have awarded damages to the extent that her care needs were increased as a result of the negligence – and that damages should not compensate for needs which would have existed in any event.

The Court of Appeal found that the original decision was wrong in law.

It found that the Defendant did not injure a previously fit and able bodied person. It injured a woman who was T7 paraplegic and who, as a result of her condition, already had considerable care and other needs. It accepted that the care needs were substantially the same kind as her pre-existing needs and that the damage in negligence was the 'additional needs'. The Court of Appeal also gave this guidance:

Accordingly, it could not be said that all of Mrs Reaney's care and physiotherapy needs were caused by the Defendant's negligence, and the case has been remitted to Foskett J to assess damages in light of the Court of Appeal's judgment.

This is a very welcome outcome for med-mal Insurers and their healthcare clients. The decision re-affirms the general principle that a Defendant should only be liable for the additional care and other heads of claim arising over and above that required by a claimant 'but for' the negligence, in cases where the needs are qualitatively the same. Unless a claimant can show that his/ her care needs are now materially different, it should simply be a 'topping up' exercise. 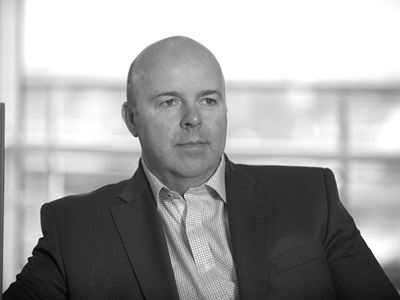 If a healthcare professional or provider has provided care or treatment which may have contributed to a patient's death, they are likely to be drawn into an Inquest…