The recent case of Oraki v Bramston and Defty [2015] EWHC 2046 (Ch) concerned former bankrupts' claims of professional negligence against their former trustees in bankruptcy (“the Trustees”). In dismissing the claims, the High Court held that the Trustees did not owe a common law duty of care to the bankrupts.

Patrick Hill and Declan Finn of DAC Beachcroft LLP, who acted on behalf of the successful Trustees, discuss the case and consider its implications for trustees in bankruptcy.

Dr Oraki and her husband Mr Oraki (together "the Orakis") were made bankrupt in 2005/2006. The defendants were subsequently appointed as trustees in bankruptcy to the Orakis' bankruptcy estates.

In January 2013 the Orakis were successful in obtaining annulments of their bankruptcies pursuant to section 282(1)(a) of the Insolvency Act 1986 ("the Act”). The annulments were subject to conditions requiring payment of the costs and expenses of the bankruptcies and creditors (other than the petitioning creditor).

In granting the conditional annulments, the High Court found there had been serious irregularities in respect of the judgment debt upon which the bankruptcies had been based. The petitioning creditor was a firm of solicitors which obtained a judgment for damages to be assessed; there was no itemised bill and the court had no power under CPR 24 to order an interim payment. In addition, the solicitor who had obtained the bankruptcy order was subsequently struck off for findings which included dishonest misrepresentations as to his professional status and academic qualifications.

The Orakis were dissatisfied with the conditions attached to their annulments and embarked upon claims of professional negligence against the Trustees. By the time of the trial in the High Court, the Trustees had obtained releases under section 299(5) of the Act.

The allegations against the Trustees

The Orakis alleged that the Trustees were negligent by failing to: (i) bring their bankruptcies to an end expeditiously; (ii) pursue debts alleged owed to the Orakis; and (iii) maintain and maximise income from properties falling within the Orakis' bankruptcy estates. The Trustees also faced claims that they had mismanaged the Orakis' properties causing personal loss to the Orakis as well as to their bankruptcy estates. The Orakis sought to recover damages of approximately £1.5m including in respect of mental distress.

The Court held that the Trustees did not owe a common law duty of care to the bankrupts. The only duties owed were the statutory duties set out in the Act which provides the Court with powers to control the actions and decisions of a trustee in bankruptcy (section 303) and makes provision for the liability of trustees (section 304).

The Court held that on the facts the Trustees could not be faulted for failing to pursue debts or take proceedings to pursue rights of action commenting that: "a trustee could not be criticised unless it could be shown that he had taken or had failed to take some action that a reasonably competent office holder would have taken or not taken in carrying out his functions in the exercise of his discretion".

In any event, the Court held that the Orakis could not recover personal loss due to the Trustees' release pursuant to section 299(5). This operated to discharge the Trustees from liability except under section 304 of the Act which permits the Court to order a trustee to pay compensation where the bankrupt’s estate (as opposed to personal loss such as mental distress) has suffered loss.

This was an unusual case in which the Trustees faced a claim of professional negligence from former bankrupts. Although the claims failed, there are a number of points of wider note for trustees: 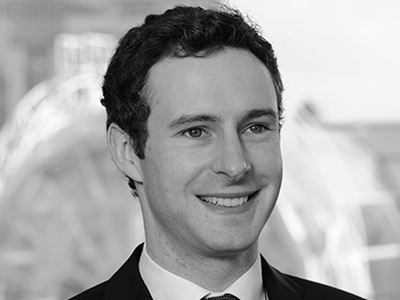