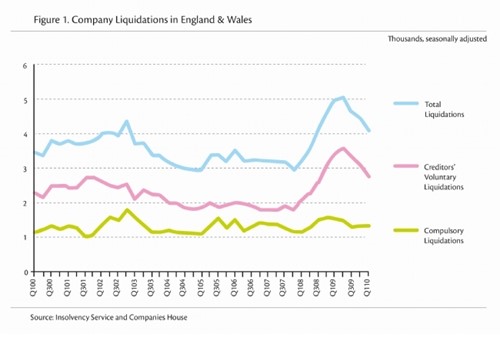 Claims against auditors have traditionally been counter-cyclical. As the number of insolvencies increases, claims against auditors brought by liquidators/administrators of failed businesses become more likely, as do claims by third parties who have suffered losses as a result of the insolvencies. If the upturn continues the next period is key for auditors of struggling businesses as, historically, insolvencies have followed an upturn as banks are encouraged to call in corporate loans to realise the value in better performing assets acting as security.