In June 2019, NHS England and NHS Improvement (NHSE/I) undertook a public consultation on digital-first primary care. DAC Beachcroft, amongst others, provided a formal response to the consultation.

On 26 September 2019, NHSE/I published its response in the Digital-First Primary Care: Response to policy consultation on patient registration, funding and contracting rules. We have summarised the response below, and have set out the next steps and our views on the proposals:

• NHSE/I considers that the abolition of the out-of-area registration rules would unjustifiably limit patient choice of GP.

• NHSE/I intends to take forward the proposal for CCGs to disaggregate a practice list and award a new APMS contract when a practice registers over 1,000 patients from a different CCG. It is hoped that this will help digital-first services to connect with local service delivery. The APMS contract will be offered on a rolling basis. If the patient list subsequently falls below the threshold, the APMS contract would not be removed.

• NHSE/I would expect premises to be established under each new APMS contract unless otherwise agreed with the local commissioner. This should be done within twelve months of the threshold being reached. There would be no default entitlement to rent and rates reimbursement but the local commissioner could offer additional funding to incentivise providers to set up premises in areas of the greatest need.

• NHSE/I does not intend to change the amount paid to practices for out-of-area patients as this could disincentive providers registering out-of-area patients. In addition, NHSE/I cannot reduce the payment for digital-first providers as there is no way of distinguishing between different types of providers. In any event, when a practice list is disaggregated and a new local APMS contract is awarded, the patients transferred would become in-area patients.

• NHSE/I accepts that funding should follow the patient in a timely way where there are significant movements of patients. NHSE/I asked respondents to consider the threshold that should be applied before making a deduction from a CCG but there was limited feedback on this issue.

• NHSE/I’s starting point is a per capita adjustment based on the age and gender of the patients. It considers that this approach will contribute towards ensuring that the adjustment takes account of the expected needs and profile of people choosing digital-first primary care.

• NHSE/I will now work on determining what the appropriate threshold level number of patients should be, below which threshold no transfer would be made.

• NHSE/I reiterates that it will not abolish the new patient premium and confirms that it does not propose to reduce it, following feedback from GPs that the bulk of costs incurred with new patient registrations occurs in the first three months.

• NHSE/I considers that it is not appropriate to amend the new patient registration premium for digital-first practices only – as above, it is not possible to distinguish clearly between different types of provider.

• NHSE/I also considers that it would not be appropriate to amend the new patient registration premium for out-of-area patients only, given that practices go through the same registration process for “in-area” patients and may have the same clinical needs.

• NHSE/I intends to create new opportunities in areas which lack GP capacity and/or have poor patient access, but with safeguards to ensure that new practices bring additional capacity into the local healthcare system and their patient lists reflect the demographics of the local population. Respondents were concerned with the proposal of allowing new entry everywhere and NHSE/I has confirmed this will not take place.

• New contractors would be expected to deliver a full primary medical service to patients in the area of the local CCG with whom they hold a contract. Providers will be required to demonstrate that they can deliver a complete service (which include face to face services) as part of the assessment process and that patients can access the new services through non-digital channels as well as digital ones.

• NHSE/I’s current expectation is that these opportunities will be opened in around 20-25% of CCG areas, where patient access to primary care is worst. Providers will be required to set up at least one physical premises within twelve months of indicating they intend to take up any new opportunity, where possible and appropriate, in a deprived area.

• NHSE/I will lead a national assessment process and will develop this and the criteria with commissioners and providers, with a view to the new national provider list being created in 2020/21.

NHSE/I will launch a programme of work to take these proposals forward, including:

• Implementing proposals to allow for the disaggregation of the patient list where a practice registers over 1000 patients from a different CCG, and create a new local APMS contract from April 2020. This will require changes to existing primary care legislation;

• Identifying CCG areas in which new digital-first providers could initially establish with further details published by the end of March 2020;

• Developing the standard APMS contract terms for such digital-first providers to (amongst other things) ensure that they are required to bring additional GP capacity into the relevant local area;

• Designing the national assessment process and associated criteria for the creation of a new national provider list; and

• Initiating the creation of a new national provider list 2020/21 – once established, providers will be able to set up services in areas of the greatest need, and depending on feedback from the initial wave, opportunities may be made available to a wider range of local areas.

The outcome of this consultation points towards amendments to primary legislation, which is likely to take some time to work through, particularly given the complexity of a mechanism that triggers new APMS contracts based on 1,000 or more out of area patients. There are also likely to be complexities in relation to premises funding where premises costs reimbursements are not made. We expect the APMS pricing provisions to enable a funding mechanism for premises.

In the short term, steps will be taken to design a national process to help ensure those under-doctored areas are a focus with a view to reduce health inequalities. This is a positive development, and it will be critical to ensure that the design of such a process allows for innovation by providers, rather than a one-size-fits-all approach – which is a difficult path to tread in any nationally driven process.

If you would like to discuss any of these proposals and how it will affect your organisation, please contact: 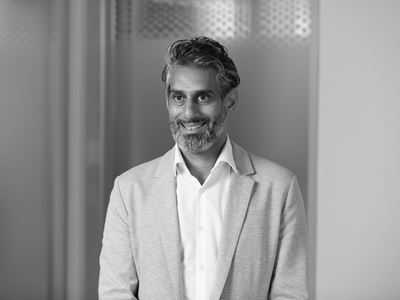